KCADP spent the late 70’s and 80’s taking shape to combat the growing appetite for execution in Kentucky and nationwide. KCADP was officially founded in 1988 by Father Patrick Delahanty and his co-founder.

In 1976, Kentucky established the death penalty as punishment for a number of capital offenses. That law was amended in 1990 to exclude certain mentally disabled persons from execution.

In summary, the Kentucky Racial Justice Act states that no person shall be sentenced to death in cases in which race is a contributing factor. Kentucky passed the bill on March 30th, 1998, making it the first state to pass the Racial Justice Act.

All Kentucky executions placed on hold

In 2010, Judge Phillip Shepherd expressed concern about the constitutionality of the amount of pain caused by the state’s lethal injection procedures. This paired with his concerns regarding the mental stability of death row inmates led him to issue a moratorium on the death penalty.

According to Equal Justice Initiative, “House Bill 269 provides that a person who has active symptoms and a documented diagnosis of schizophrenia, schizoaffective disorder, bipolar disorder, and/or delusional disorder at the time of the offense shall not be subject to execution.”

KCADP’s supporter base continues to grow every day. However, we still have a long way to go before reaching our goal. With continued support, we expect to make major progress towards abolishing the death penalty in Kentucky forever. Join our movement today and help us ensure a bright, fair future for all Kentuckians.

OUR StaFF AND BOARD

Russell has organized under multiple disciplines most recently as a union organizer with SEIU before coming to KCADP. In addition to that Russell is the co-founder of Take Back Cheapside, a grassroots movement for the removal of confederate monuments. 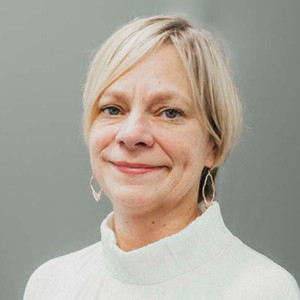 LeTonia A. Jones, MSW is a graduate of the University of Kentucky College of Social Work. She is
also a diversity, equity, and inclusion consultant with a Diversity and Inclusion Certificate from
Cornell University. She is the owner of and lead mitigation expert for Defense Based Advocacy
Services in Lexington, KY. With 25 years of experience working at the intersection of social and
criminal justice, Jones’ advocacy and consultation is founded in a deep care and commitment to
the most vulnerable people of our community.

Jones’ career includes advocacy on behalf of victims of domestic violence and sexual assault.
She gained experience as a state lobbyist, educator, program administrator, and researcher
from 2004 until 2012 while employed at Kentucky’s state coalition to end domestic violence.
During her employment there, Jones partnered in research with the University of Kentucky
Center for Research on Violence Against Women. In this endeavor, Jones helped to conduct a
study that examined the collateral consequences of the incarceration of battered women
across Kentucky. In 2007, she led clemency efforts that resulted in the release of 6 women who
were serving substantial sentences for defending their lives against their abusers.

Currently, she works as a member of criminal defense teams across the state of Kentucky and
Ohio. In her role as mitigation expert since 2012, Jones has developed deep insight about the
the various ways individuals become involved in the criminal justice system and the ways in
which individual communities are affected. Jones was elected as a board member for The
Kentucky Coalition to Abolish the Death Penalty Kentucky in the spring of 2022.

Marcus Jackson is a Kentucky native and long-time advocate for criminal justice reform. His
passion for justice reform stems from personal experiences with the criminal legal system and
seeing firsthand the disparities within the current system. Marcus believes in a common-sense
approach to sentencing and programs to support people leaving incarceration so they can
successfully rejoin their communities.

Marcus is the Smart Justice Organizing Coordinator at the American Civil Liberties Union of
Kentucky and facilitates the Smart Justice Advocates – a group of directly impacted people
working boldly to inspire change through legislation and community engagements.
Marcus lives in Frankfort with his wife Christie and looks forward to a time when his
reformation efforts are no longer needed in this world.

Twenty-four years old, and seemingly invincible, I was blind-sided by the arrest and conviction
of a violent sexual assault. I served 11 years in prison and 16 years on parole before the
Kentucky Innocence Project uncovered a textbook example of mistaken identity. In 2010, and
after 27 years as a convicted sex-offender, I was full exonerated of the crime. Knowing how
imperfect the judicial system is I was compelled to protect the innocent from being executed and
began advocating to abolish the death penalty.

Aaron is a lawyer who litigates prisoners' rights and police misconduct cases. He is also a murder victim family member.